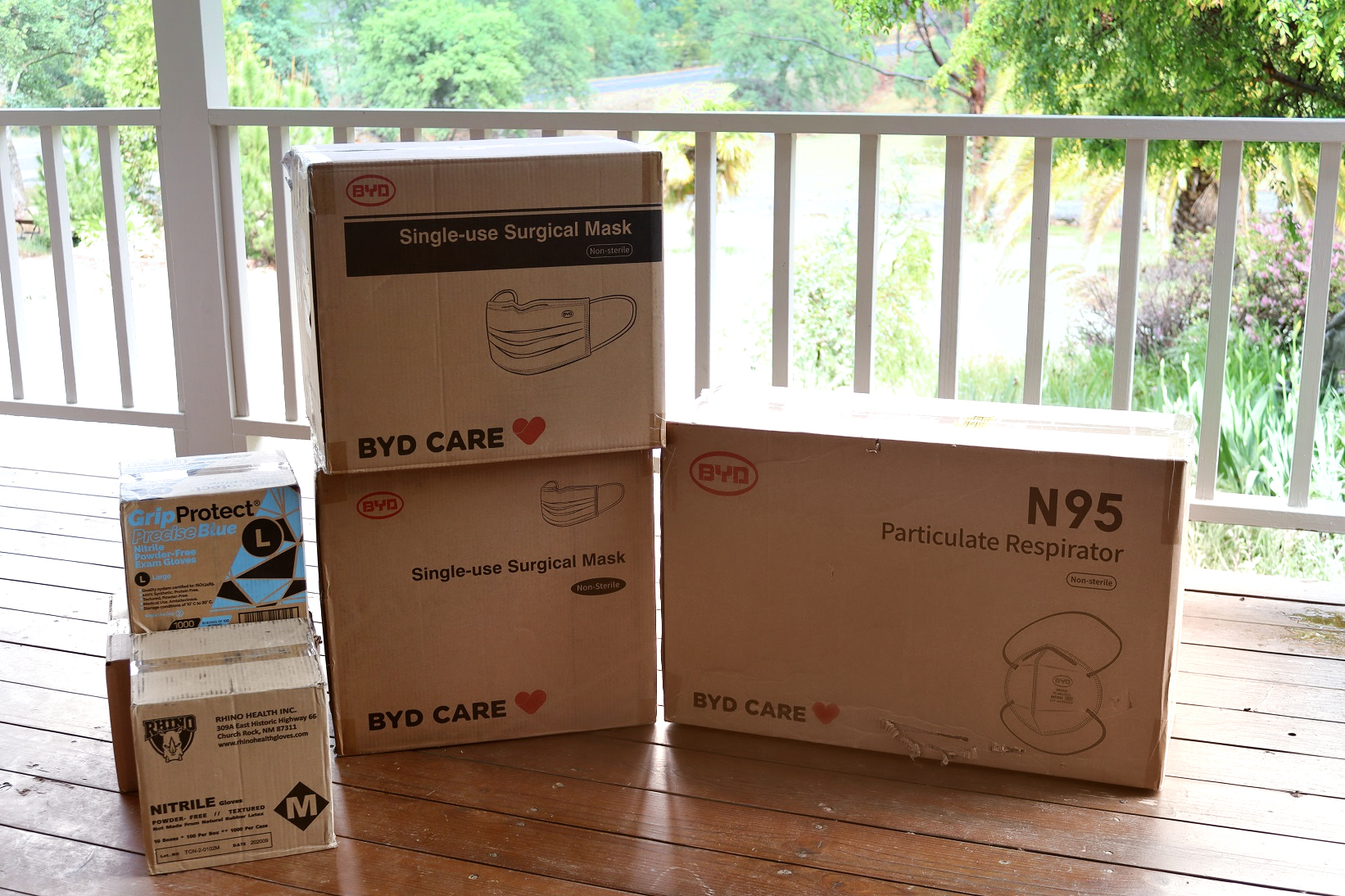 Picture of the first of what will come in many shipments to the tribe in addressing health concerns of our young and old alike.

The California Valley Miwok Tribe received the first of shipments to address the current shortfalls in the tribes Covid supply stocks.
With the ever lingering threat of new variants such as Omicron 2, the tribe with longstanding resources and assistance withheld by the BIA / CCA has continually had to work with other agencies both federal and state in the protection, care and advancement of its tribal citizens. The continued interference into our tribe’s sovereignty puts at risk every day all of our citizens who range in age  from our youngest at one years old, to our eldest at eighty-five years old.

Of course, this is of no consequence to the local Sacramento, “Bureau of Indian Affairs” who for over twenty years have tried to undermine this tribe for a succession of non-natives and various casino developers who have come and gone sometimes changing with the season.

This time though the swindler himself ever present, well over the past decade working with U.S. Senator Dianne Feinstein and the other investors involved in their group have taken us to the brink of the theft of our tribe in 2019 and do so again at this very moment.

The tribe is in possession of a very disturbing and disgruntled letter recently written to the current AS/IA Bryan Newland head of the BIA upon his taking authority over our current predicament. This letter written by legal counsel for the non-Indians and casino oligarchs who wish to destroy our tribal people’s, steal their heritage and all rights that accompany it takes on such a tone as it is obvious that at CCA / BIA the fix was in.

We applaud AS/IA Bryan Newland for recognizing inconsistencies that are commonplace at CCA / BIA and for having the foresight to exercise his authority in taking jurisdiction over this matter.

The tribe and her people know full well, “locally” that no established procedure or established laws regarding the treatment of our tribe, its citizens, or our civil rights were going to be followed unabated. That all violations by whatever means necessary to secure the theft of our tribe for a bay area casino would be carried out by local CCA / BIA co-conspirators.

The tribe ever cautiously optimistic awaits whatever process AS/IA Mr. Newland initiates going forward, knowing that under his authority we may actually have a chance at justice which would have conspicuously been certainly denied by the compromised bureaucrats of the Bureau of Indian Affairs locally.

With that, we would like to thank Cal OES and FEMA for their continued assistance in not only protecting our tribal peoples but for protecting all other Native American tribes that most assuredly also contract with them.

The tribe would also like to thank AS/IA Bryan Newland for the intervention into our matter, no matter what is decided.