Indian Country Today, for the most comprehensive news within your Native American community 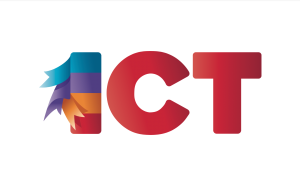 ICT and Reveal collaborated on a story and a two-part podcast that examines Indigenous boarding schools in the United States. The podcast, “Buried Secrets: America’s Indian Boarding Schools,” starts with part 1 that aired Oct. 15 and concludes with part 2 that aired Oct. 22. In a trip to the Pine Ridge Indian reservation, ICT’s Mary Annette Pember shares Red Cloud’s Truth and Healing effort. READ MORE.

As we get closer to November’s midterm election, it’s important to understand how redistricting impacts it. ICT’s Pauly Denetclaw explains why some Native voters aren’t being fully represented. READ MORE.

Be sure to watch our daily newscast, “ICT Newscast with Aliyah Chavez” and to tune in to our special Election Day coverage on Nov. 8. ICT will be live for three hours. Details here.

Find all of the best of October here 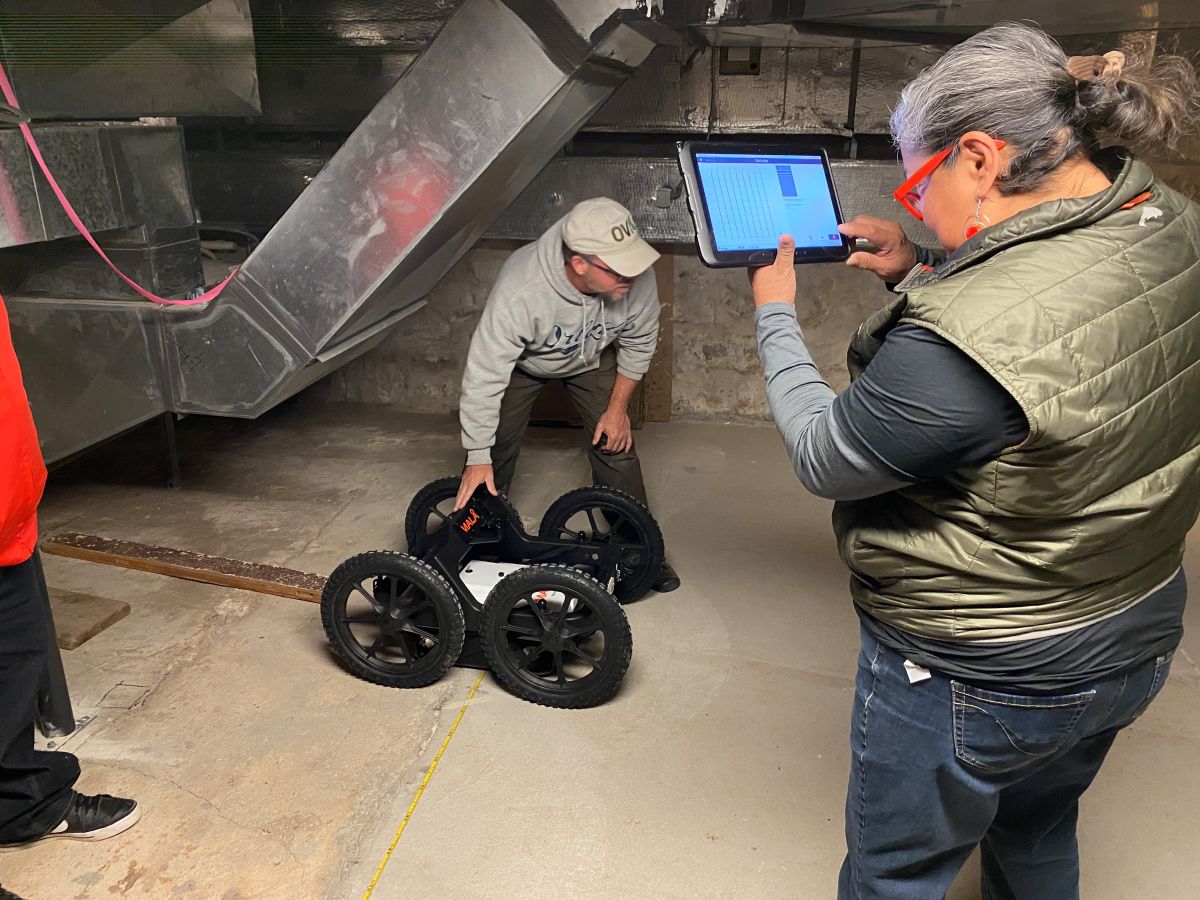 Excavation began Monday, Oct. 17, 2022, at Red Cloud Indian School in the basement of Drexel Hall, shown here in May 2022 as ground-penetrating radar searched the area where a worker saw what appeared to be three small graves in the 1990s. The radar was inconclusive, so officials agreed to dig up the area. 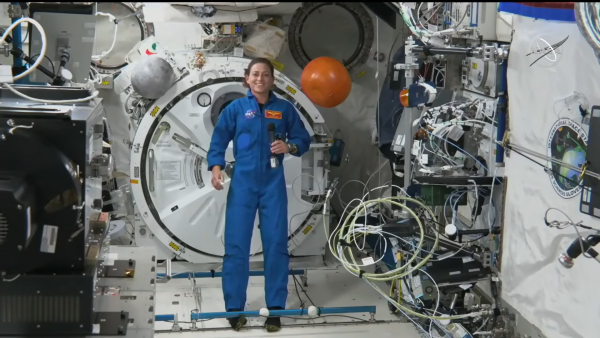 NASA Astronaut Nicole Mann in an in-flight interview from the International Space Station on October 19, 2022.

By Chris Aadland, Underscore News and ICT
An 1855 treaty with the US government ensured one of the Yakama Nation’s most important sites would remain a part of its homelands. The tribe just celebrated the decades-long effort fighting to see that promise kept … continue reading 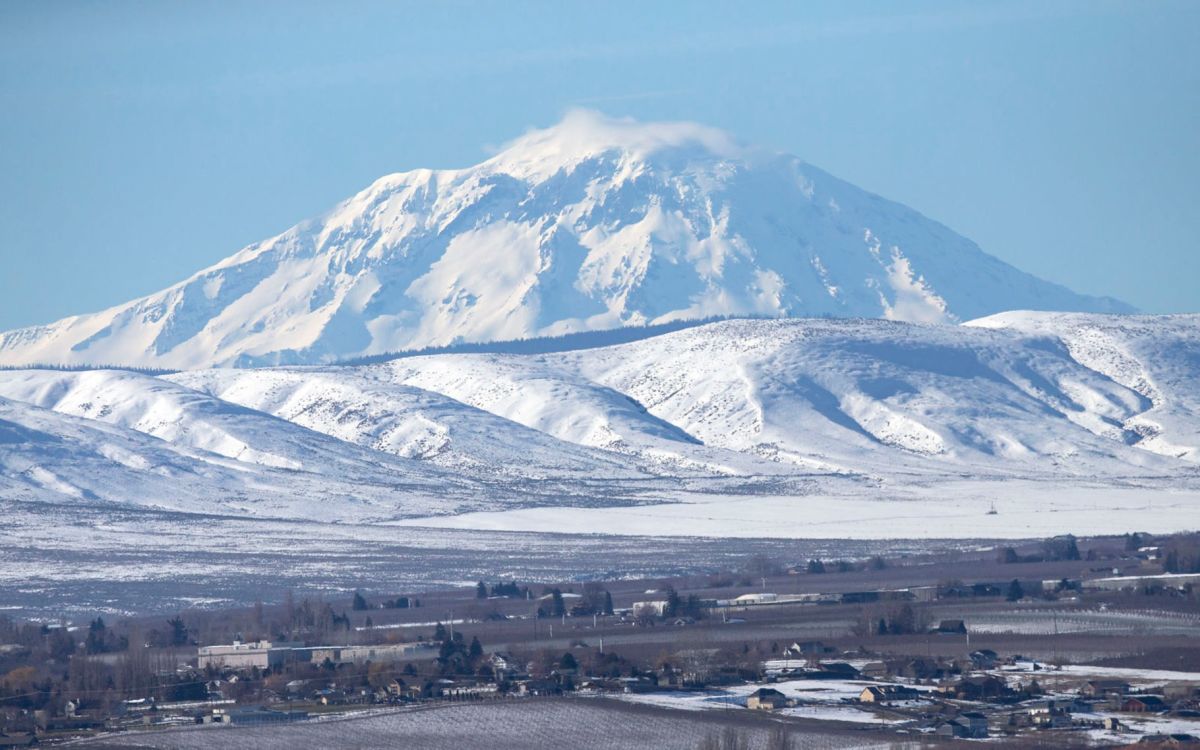 A cloud hovers over Mount Adams in Yakima, Washington, in this file photo from 2016. Mount Adams, known as Pahto, is the second tallest mountain in Washington. It was finally returned to the Yakama Nation through an executive order by President Richard M. Nixon on May 20, 2022. 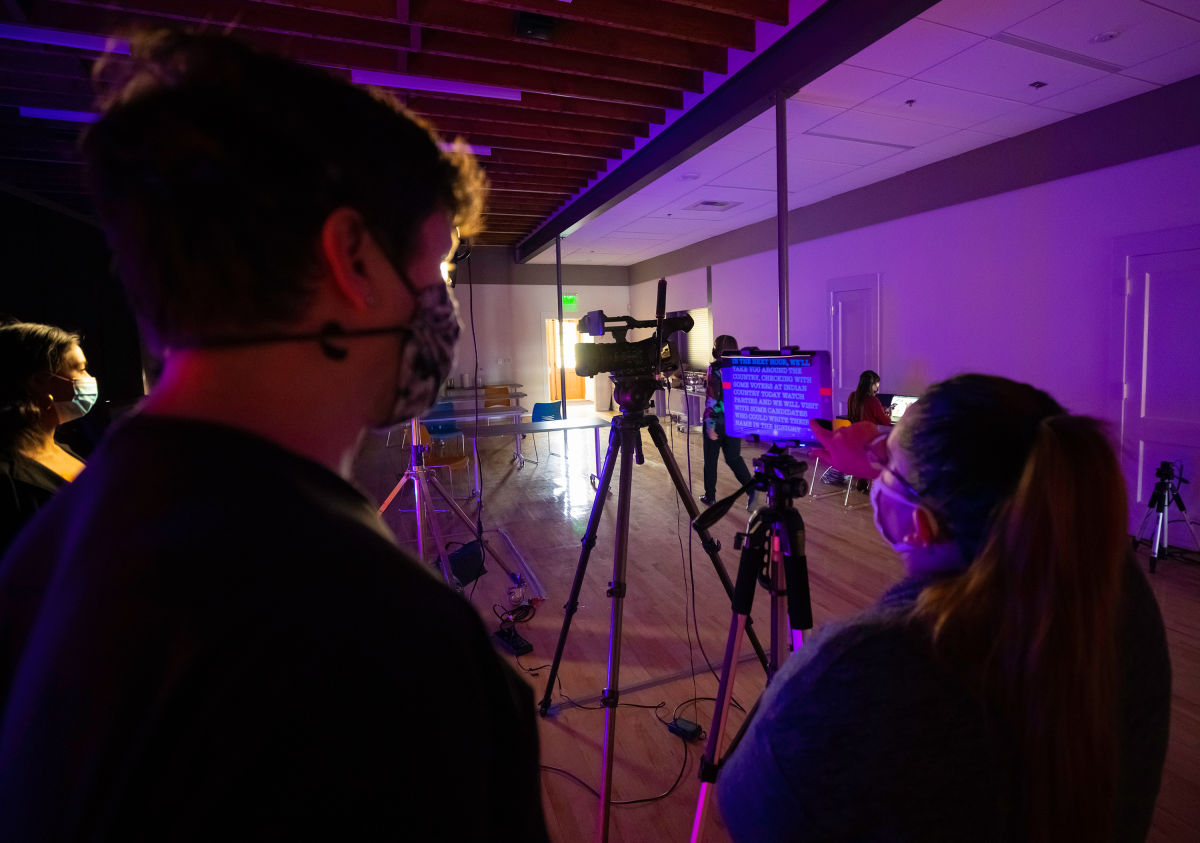 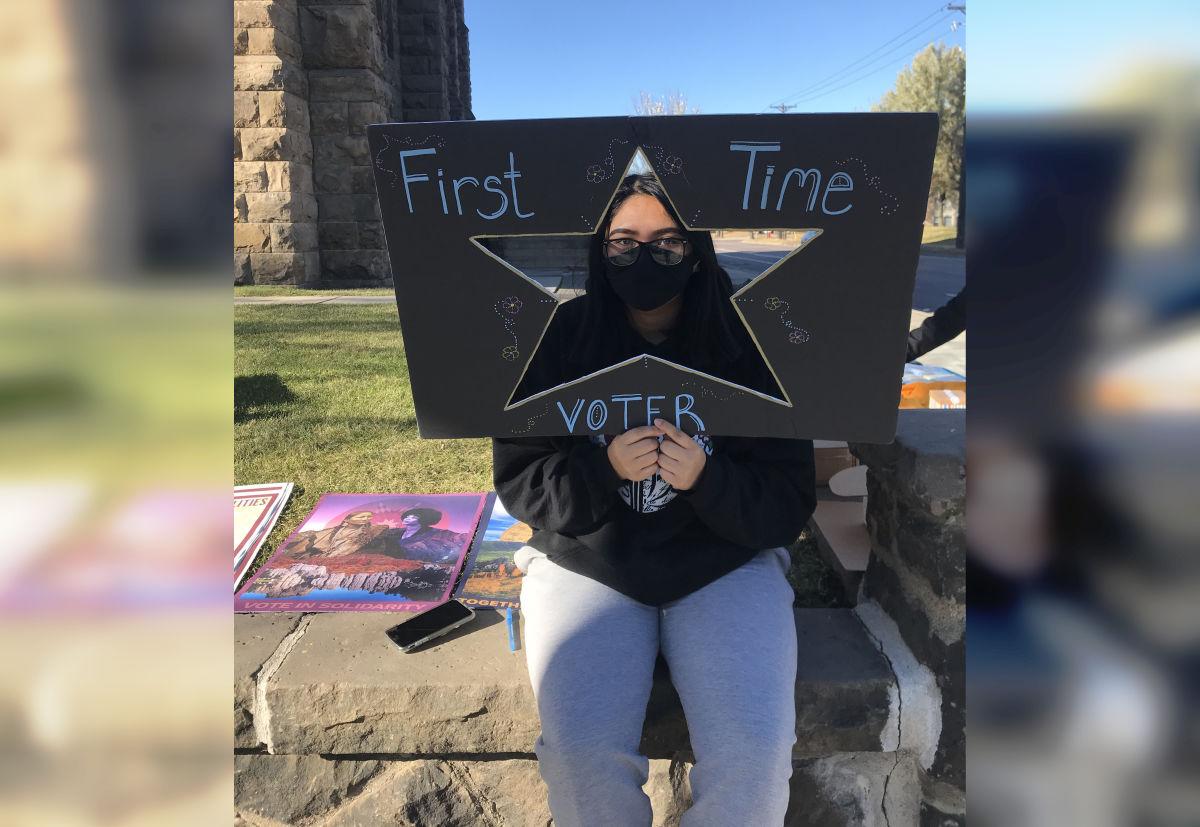 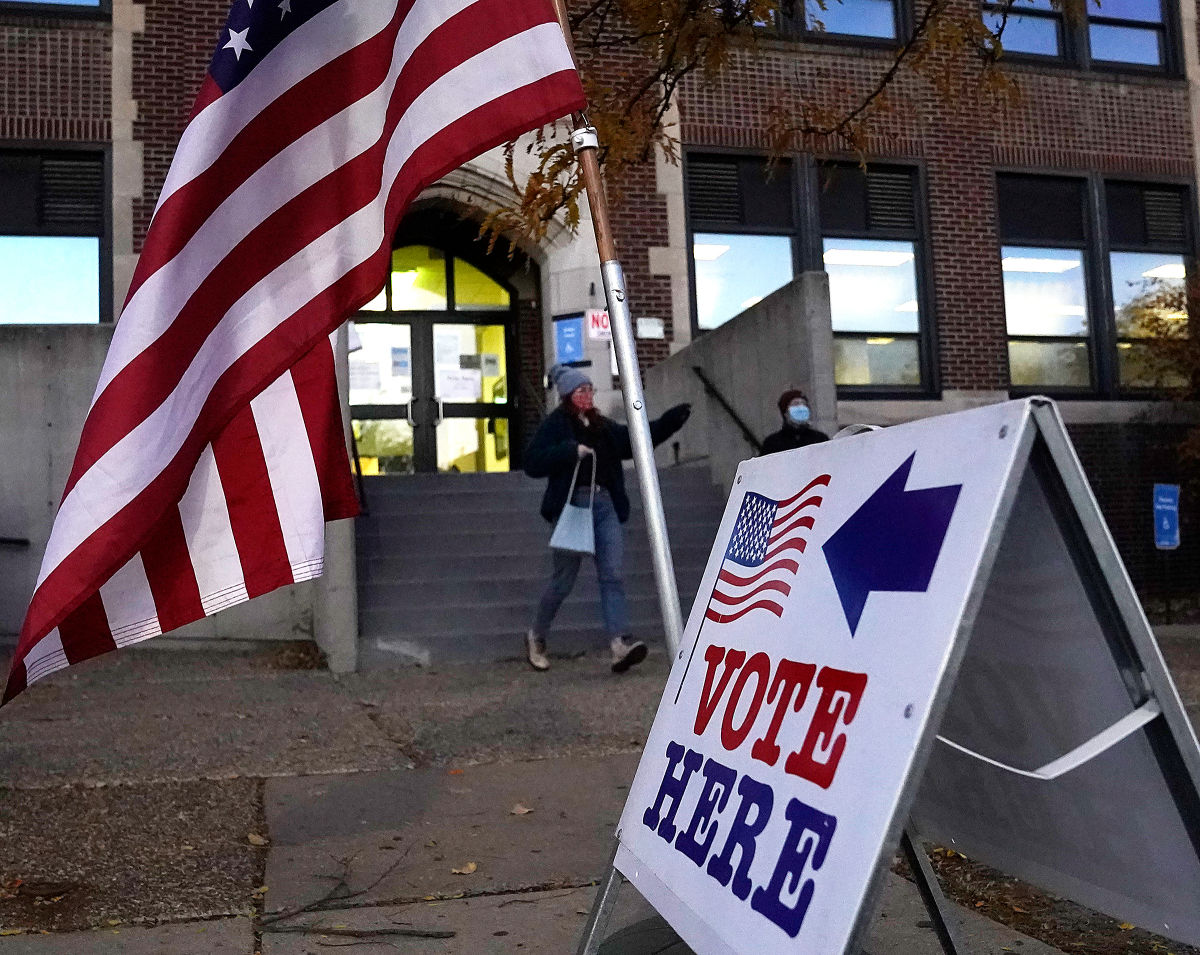 Model moves from runway to the boxing ring 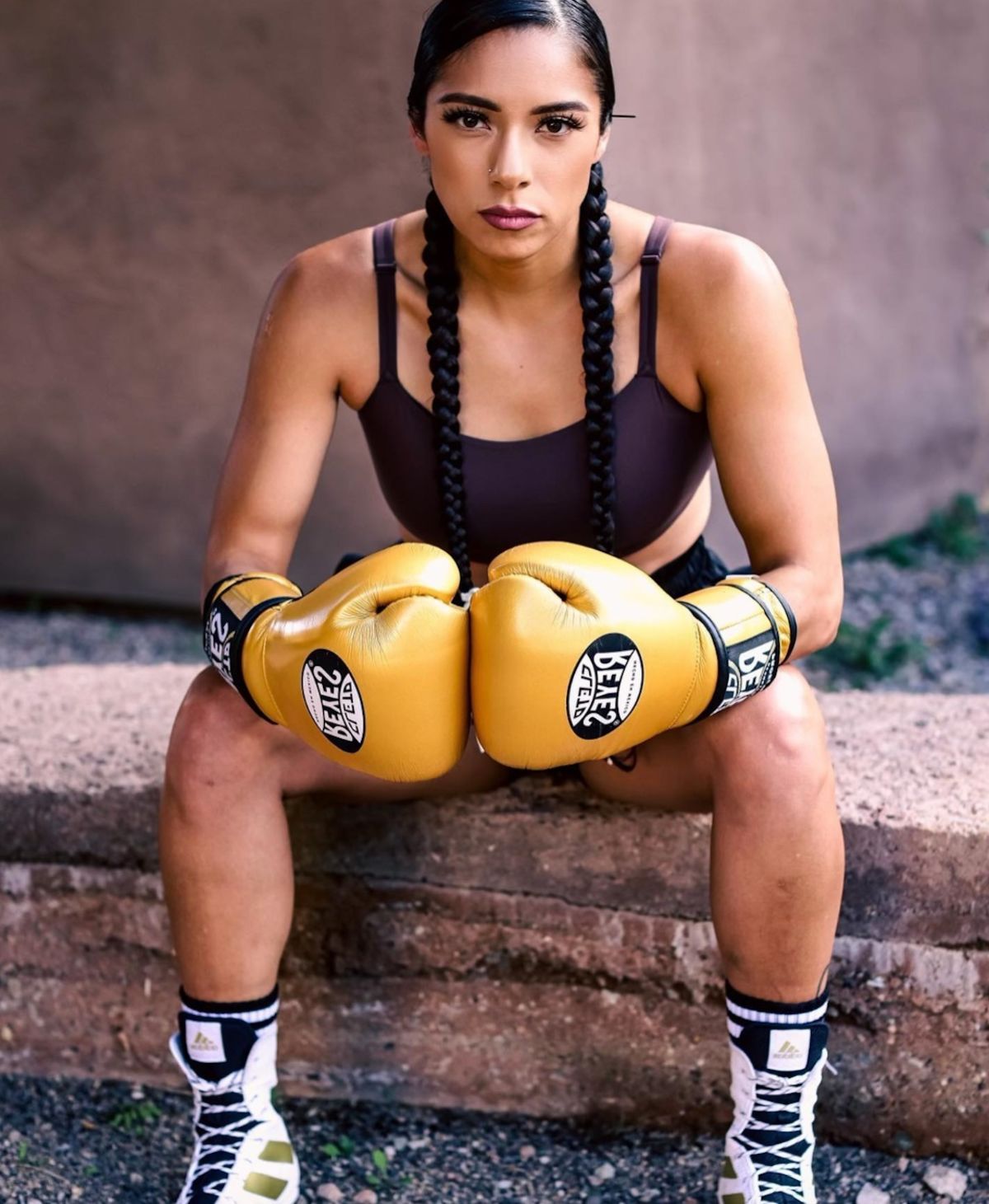 Jayli Fimbres, of the Mandan, Hidatsa and Arikara Nation, has gone from modeling to the boxing ring, modeling Lauren Good Day fashion designs at the Santa Fe Indian Market on Aug. 22, 2022, and debuting with her first professional boxing fight on Sept. 17, 2022. 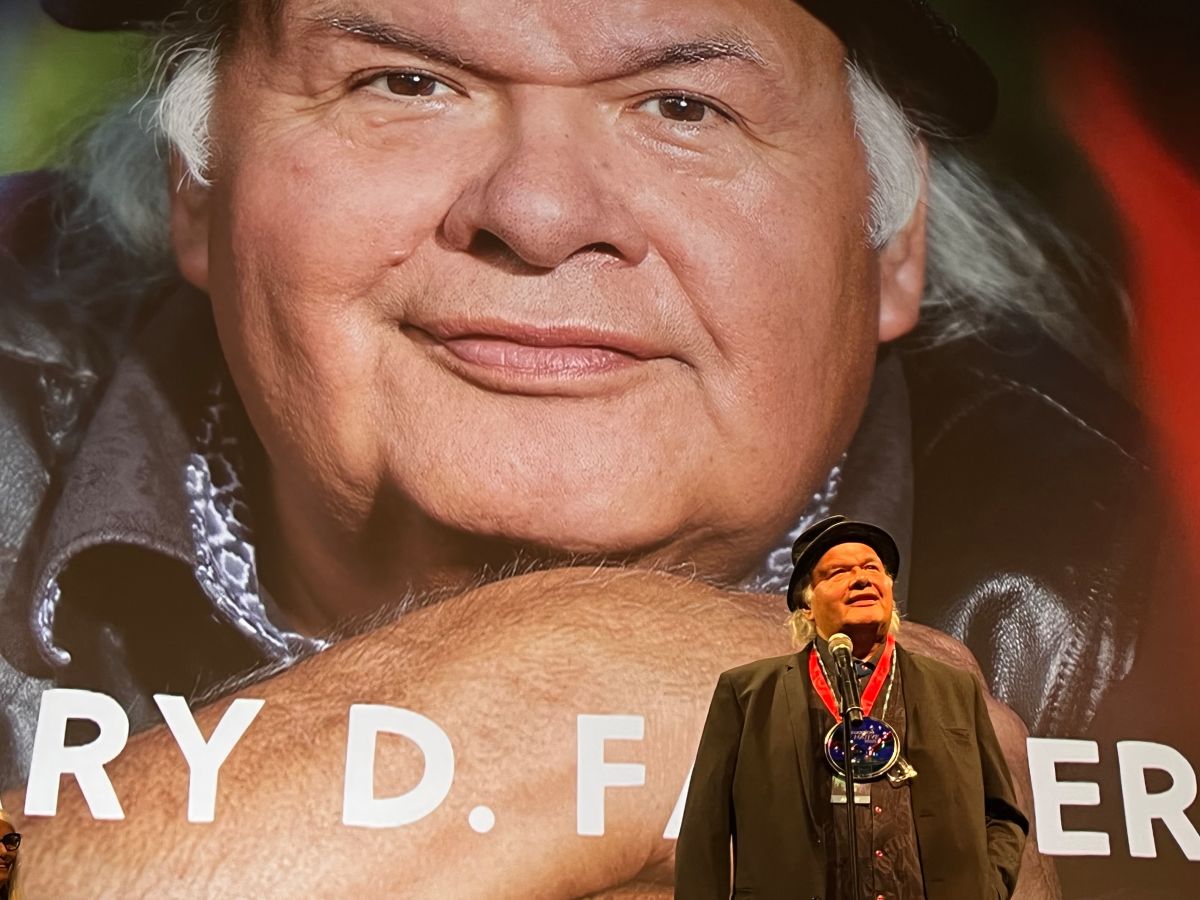 Gary Farmer, Cayuga from the Six Nations of Grand River, received the August Schellenberg Award for Excellence in recognition of a career that has spread over four decades at the imagineNATIVE Film + Media Arts Festival in Toronto.

Indian National Finals Rodeo is back 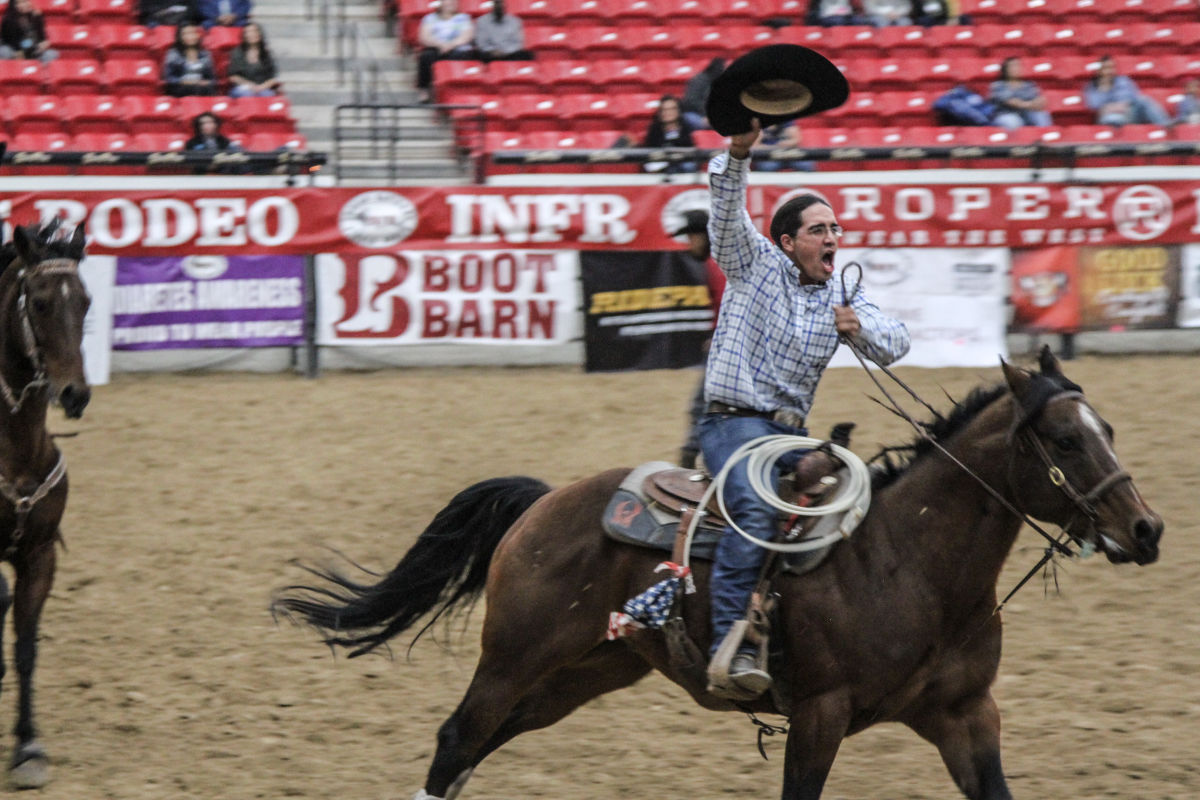 The biggest show in Indian Country rodeo will be on display this week in Sin City.

By Deusdedit Ruhangariyo
Coverage around the world on Indigenous issues for the week ending Oct. 9, 2022 … continue reading 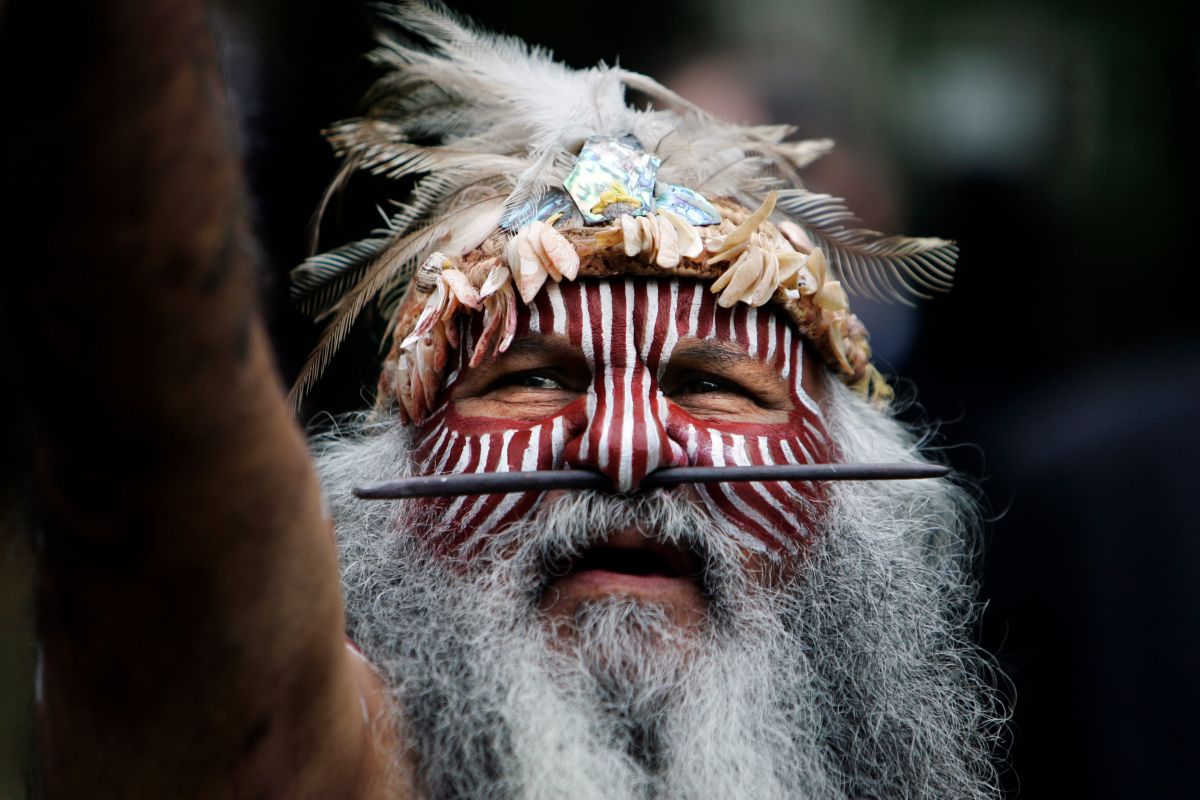 Aboriginal Ngarrindjeri elder Major Sumner, shown here in a 2009 photo in traditional regalia, welcomes the return of Australian Indigenous peoples remains from London. Sumner was recognized for lifetime achievement and inducted into the South Australian Environment Hall of Fame in October 2022 for his work.

By Deusdedit Ruhangariyo
Coverage around the world on Indigenous issues for the week ending Oct. 2, 2022 … continue reading 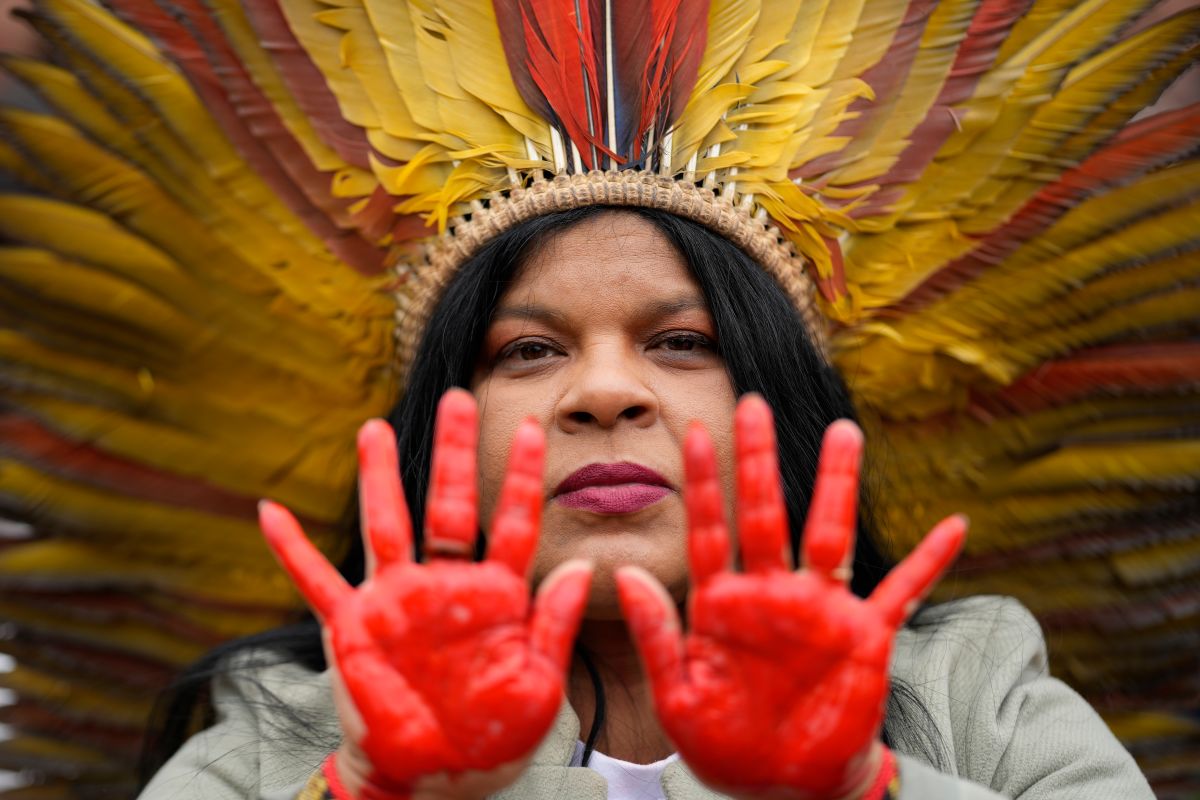 Indigenous leader Sonia Guajajara from the Guajajara ethnic group shows her hands painted in red symbolizing bloodshed, during a protest against violence, illegal logging, mining and ranching, and to demand government protection for their reserves, one day before the celebration of “Amazon Day,” in Sao Paulo, Brazil, Sunday, Sept. 4, 2022. Guajajara is among 60 Indigenous candidates running for seats in both houses of Congress to increase Indigenous representation in Brazil.

On the weekend edition of the ICT Newscast, the challenge to Indian Child Welfare Act. Indigenous people break celestial barriers, and the chair of the Senate Select Committee on Indian Affairs … continue reading 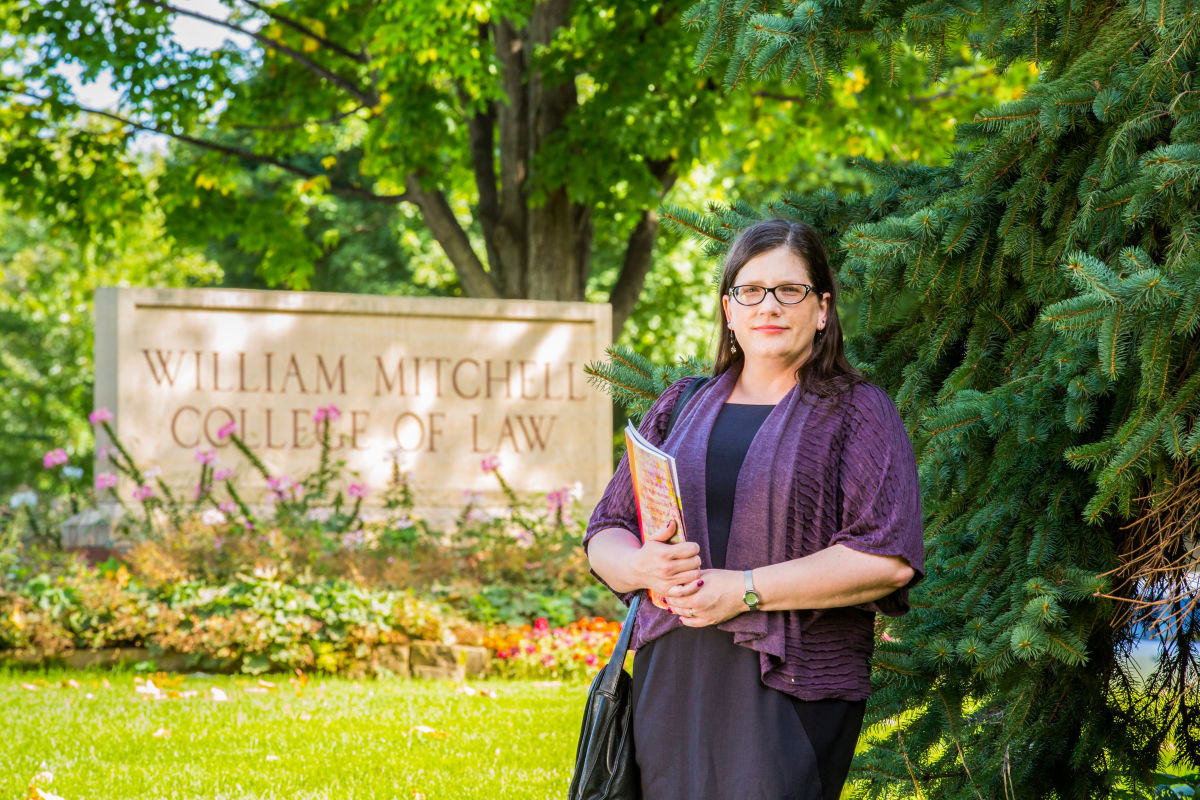 On the weekend edition of the ICT Newscast, interviews with changemakers — from a Diné elder to a buffalo rancher and a Dakota culture bearer. Plus, a very personal boarding school story … continue reading 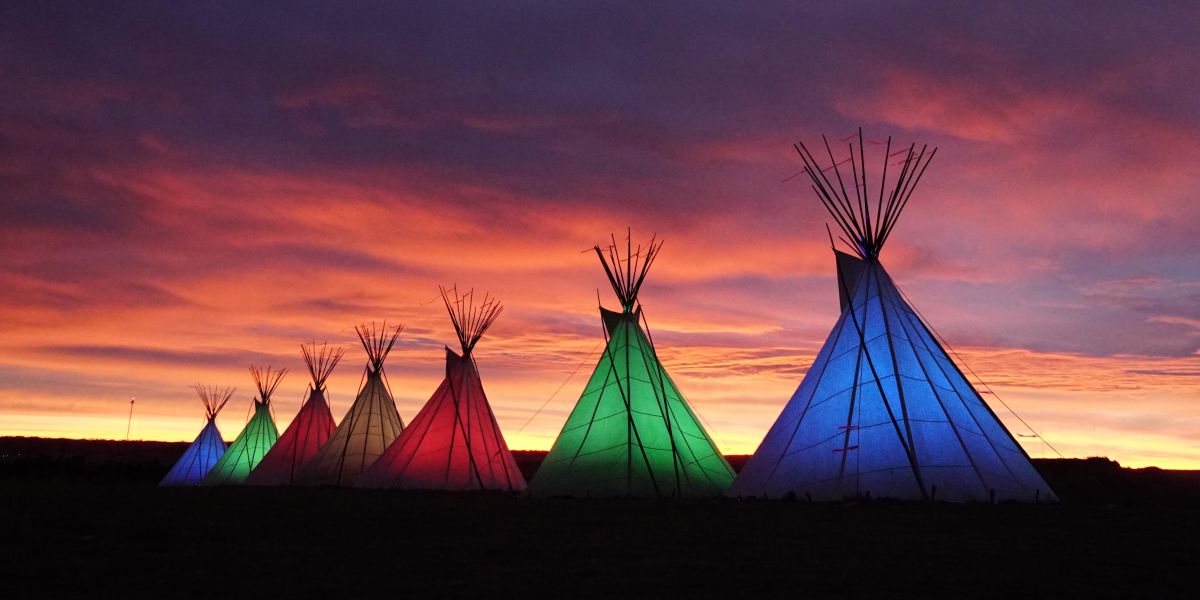 To advertise with us, please contact Heather Donovan at (315) 447-6145 or hdonovan@ictnews.org

By CVMT|2022-10-31T16:51:09-08:00October 31st, 2022|Community Outreach, Information|Comments Off on Indian Country Today, for the most comprehensive news within your Native American community