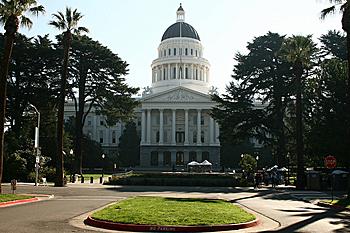 The California Valley Miwok Tribe has received word from the California Rural Indian Health Board, Inc., that Governor Jerry Brown has signed into legislation Assembly Bill 1233.

Assembly Bill 1233 authorizes Indian tribes and tribal organizations to claim, as a Medi-Cal Administrative Activity, facilitating Medi-Cal applications, which includes, but is not limited to, using the California Healthcare Eligibility, Enrollment, and Retention System. The 2010 U.S. Census reports that 1) there is a total population of 689,320 American Indians in California; 2) 22% of American Indians in California have an income below poverty level; 3) 26.7% of American Indian children ages 0-17 live in poverty in the region. Many of these people qualify for participation in the Medi-Cal program.

When this new law takes effect, it will enable Tribal clinics and Tribal governments to claim, as a Medi-Cal Administrative Activity, facilitating Medi-Cal applications using the California Healthcare Eligibility, Enrollment and Retention System. This will result in increased revenue to the Tribal entities and expand access to healthcare services for American Indians in California.