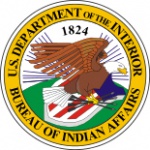 The California Valley Miwok Tribe is compelled to bring to the attention of the local and surrounding communities, the dire situation the US Government Shutdown is causing to Native American Tribal Governments and their citizens.

In quoting the National Congress of American Indians (NCAI), “The failure to come to a budget agreement threatens the capacity of tribal governments to deliver basic governmental services to their citizens. The federal government has made treaty commitments to our people, and in return we ceded the vast lands that make up the United States. The immediate shutdown crisis poses very real threats to tribal governments and denies health, nutrition, and other basic services to the most vulnerable tribal citizens.”

Examples of impacts to tribal governmental services and other assistance to tribal citizens include: General assistance payments (BIA) to needy individuals and to venders providing foster care and residential care for children and adults will stop, which will be difficult for many tribal communities. The Food Distribution Program on Indian Reservations (FDPIR) will be affected. There will be some inventory available for use in food packages, no carryover, contingency, or other funds are available to support continued operations. The Food Distribution Program on Indian Reservations (FDPIR) program is administered at the Federal level by the Food and Nutrition Service (FNS), an agency of the U.S. Department of Agriculture, FDPIR is administered locally by either Indian Tribal Organizations (ITOs) and 5 State agencies. FDPIR provides USDA Foods to low-income households living on Indian reservations, and to American Indian households residing in approved areas. The average monthly participation for FY 2012 was 76, 530 individuals. The Administration for Children and Families would not continue quarterly formula grants for Temporary Assistance for Needy Families, Child Care, Social Services Block Grant, Refugee Programs, Child Welfare Services, and the Community Service Block Grant programs.

The BIA serves the 566 federally recognized tribes through four offices:

The Bureau of Indian Affairs Contingency Plan Fact Sheet specifies services and programs that would be ceased. Management and protection of trust assets such as lease compliance and real estate transactions, Federal oversight on environmental assessments, archeological clearances, and endangered species compliance, Management of oil and gas leasing and compliance, Timber Harvest and other Natural Resource Management operations, Tribal government related activities, Payment of financial assistance to needy individuals, and to vendors providing foster care and residential care for children and adults, and Distribution of tribal funds for tribal operations including responding to tribal governments request.

The majority of federal Tribes do not have gaming or other enterprises to fall back on for funding during a government shutdown. Dozens of tribal leaders have voiced their concerns to officials with the Department of the Interior, Health and Human Services, and other federal agencies that serve large amounts of American Indians. The real impact on tribes will depend on how long the government shutdown continues. According to Jaime Prouty, treasurer of the National Association of Food Distribution Programs on Indian Reservations, “so far, six tribes have closed their Food Distribution programs in the first week of the shutdown, affecting about 2,550 tribal members.” In an article written by Jonathan Kaminsky (Indian tribes struggle, and fume, as the US Shutdown wears on), it is written, “the anger felt by many Native Americans over the suspension of services during the shutdown stems in large measure from the fact that their forebears signed treaties with the federal government in which they ceded territory partly in exchange for those provisions.”

An article written by Rob Capriccioso on October 1, 2013 published in Indian Country Today, wrote, “The federal government has a trust responsibility to tribes and their citizens. It is a unique relationship, which means there will be unique and painful consequences as a result of the government’s current shutdown, tribal leaders say.”