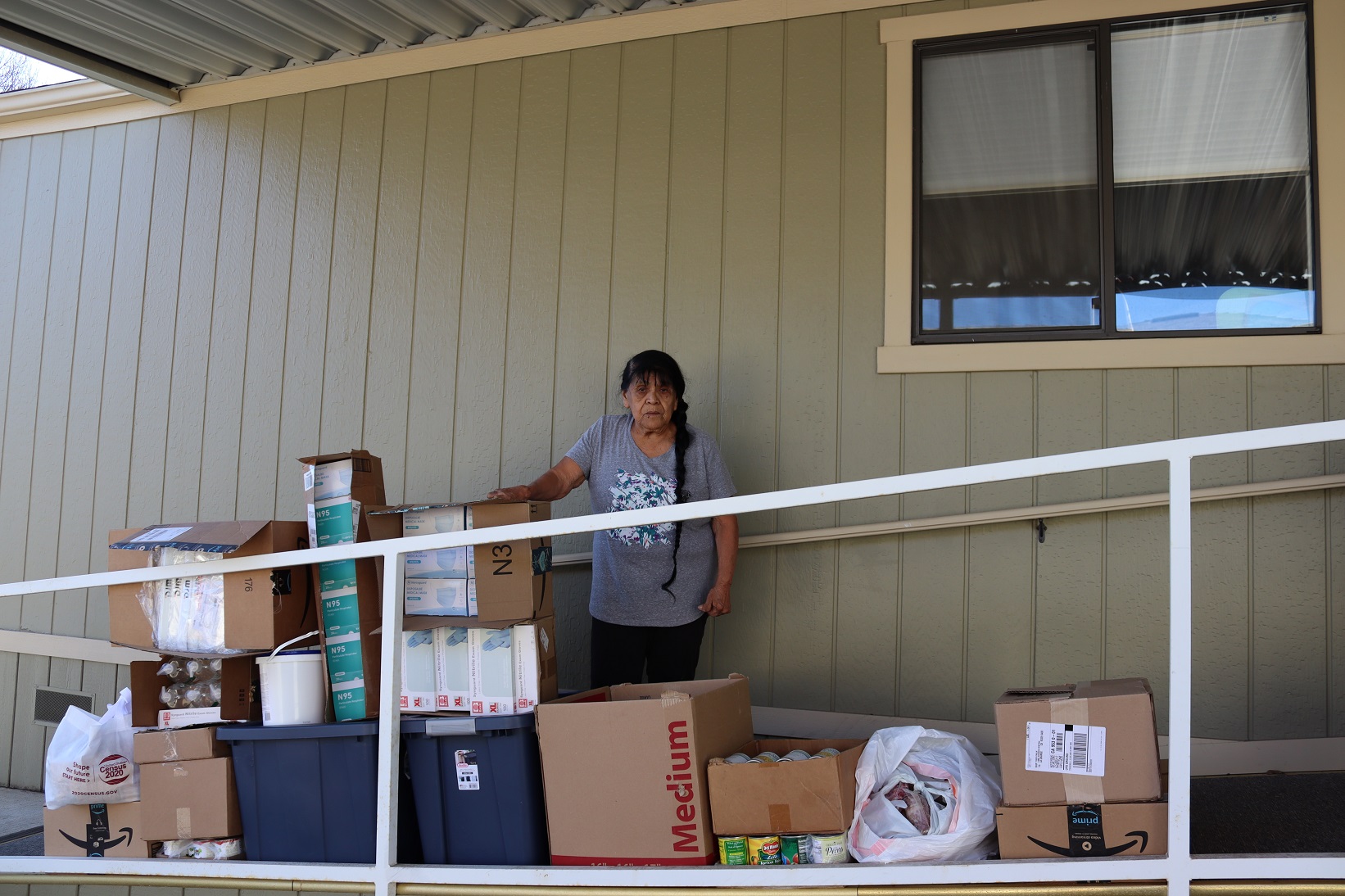 On Friday the 19th of November 2021, the California Valley Miwok Tribe on route to an event to be held later that day at the University of the Pacific, delivered this month’s distributions.
This distribution was very substantial, with many items and inclusion of restocked Covid-19 supplies.
With multiple variants and inflation also with no end in sight, tribal citizens and the greater Native American community at large have come to rely more and more upon this program.
It is with a heavy heart though that at this time once again, the threat of endless federal litigation looms in the near future as the Bureau of Indian Affairs and its leadership in Washington D.C. looks to upend the tribe and the greater Indian community through an illegal process to exclude all those not on board, with a proposed mega casino to be built in the Bay Area.
We expected better of this administration and of the leadership of this department, but when high powered politicians and overwhelming corporate interests are involved, it appears individuals that you expected better of are either corrupted or controlled.
The very fact that this is taking place during Native American Heritage Month and that our tribe and its current elected Chairperson participated in representation at the White House Tribal Nations Summit makes these actions most disingenuous and insulting.
An injustice anywhere is an injustice everywhere, but we will not be deterred while we still have the strength to fight for all those whose very heritage is threatened by the wants of non-natives to experience a “Second California Gold Rush” at the cost of the extinction of our tribe.
We may not have power, money or influence, but “Facts are Stubborn Things” and the facts are on our side.
Ah Ho!
Last full blood fluent Miwok speaker gives thanks for the food given to her people.
It is shameful to disrespect an elder such as this with threat of her extinction for capitol gains by new age colonialists.
We would like to thank all those who made this month’s distribution possible listed below.
The United States Department of Agriculture, California Office of Emergency Services, Federal Emergency Management Agency, Walmart Stores Inc., Food For Less Stores Inc., Cost Less Stores Inc., Morada and its surrounding communities, and Program Director Mildred Burley for not only this but for her tribal representation to take place later on this day.