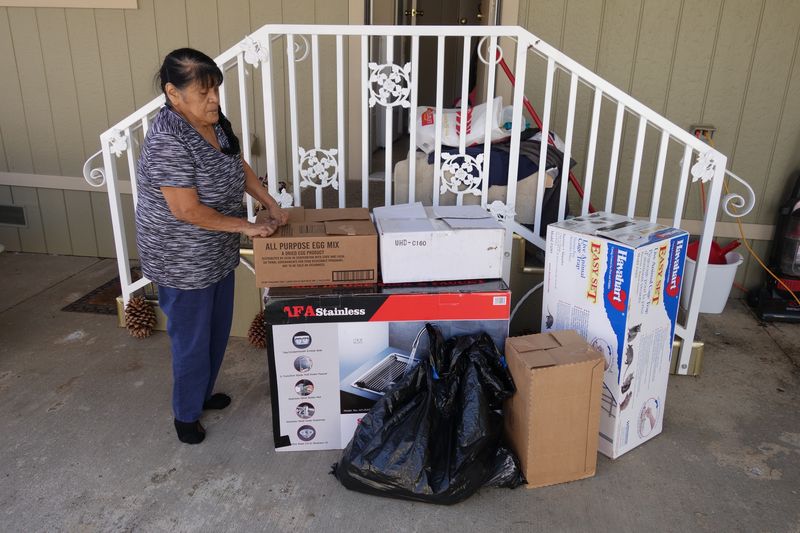 Tribal elder, Artisan, Language Retentionist, Historical and Cultural Authority, oh and did we forget to say Director of the Tribal Food Distribution Program. Mildred Burley wears many hats for the Tribe and fulfills so many needs not met by BIA/CCA, who are wholly negligent in their duties of addressing the needs of the Tribe's actual federally recognized members. At this point who cares; at 80 years of age, Mildred is doing a better job anyway.

On Tuesday March 27th, 2018, the California Valley Miwok Tribe conducted its Food For Tribal Families (FFTF) monthly delivery to Mildred Burley, whom oversees the distribution of the of this badly needed program to address the nourishment needs of the Tribe’s families throughout the motherlode due to the bumbling of the local BIA.

Mildred, now pretty much fully recovered, says it is due to the fact that she feels so needed and that with constant positive news of judicial notice being taken in the ninth circuit on the Tribe’s behalf over the objections of opposing counsel and whole non-native communities helping to address the Tribe’s plight — shows we shall not go quietly into the night.

Some Morada residents while giving generously this month, expressed their disgust with having to pay taxes for yet another governmental department that seems oblivious to what their job actually is. These same great Americans promised to support with donations for as long as it takes so that no tribal family need go hungry.

The meats included in this month’s donations from the local Wal-Mart Stores Inc., were added to by some local residents and again came to over 50 pounds. So once again this was a great month and we would like to thank the community of Morada and the surrounding area and Wal-Mart Stores, Inc. for this tribal program’s continued success.