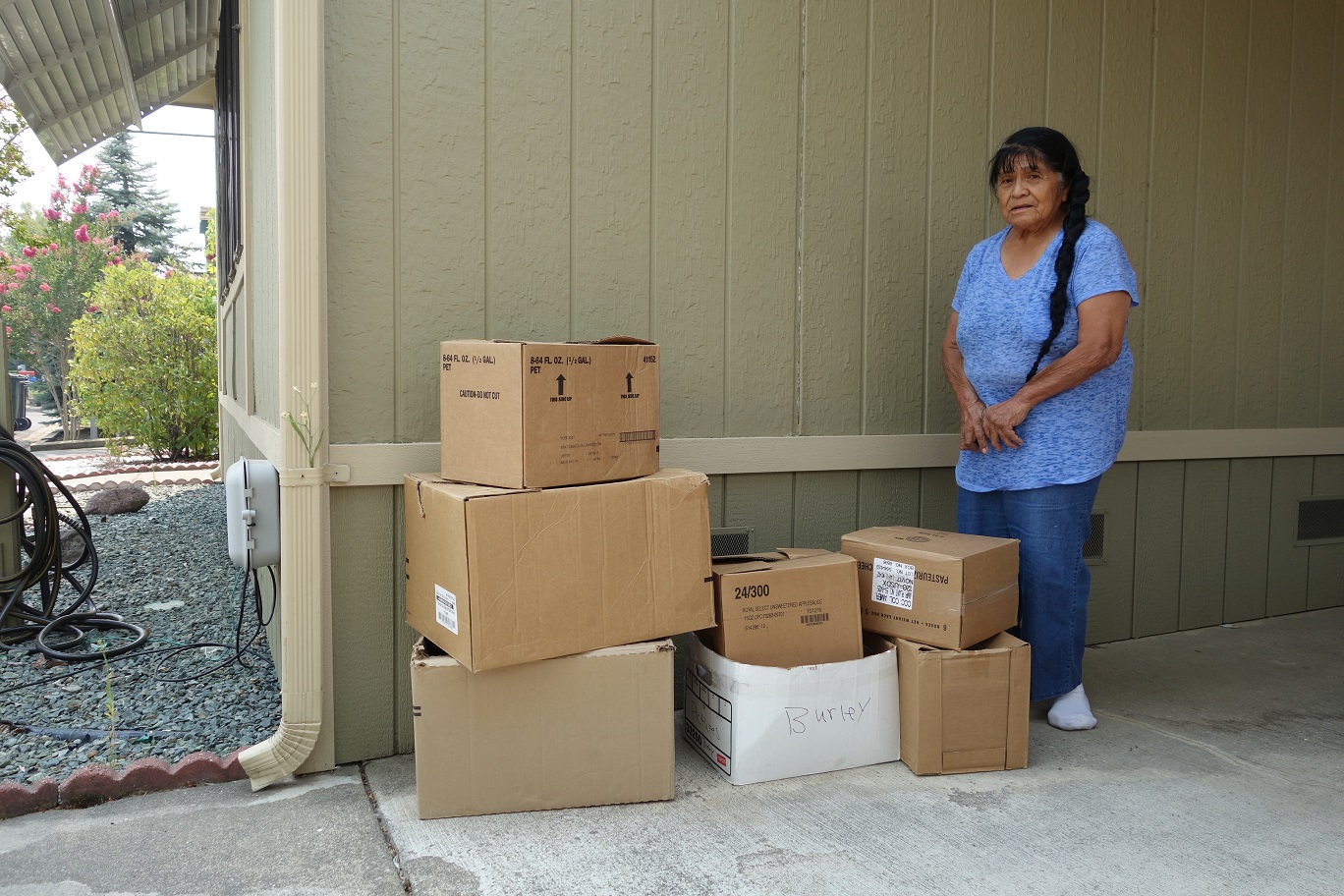 On Sunday August 5th 2018, the California Valley Miwok Tribe, acquiring early donations within the community of Morada, decided to supplement this month’s Food For Tribal Families, ( FFTF ) program with an additional disbursement. This additional delivery was much appreciated by the program’s Distribution Director Mildred Burley as she related that many are now in financial hardship due to additional utility costs, having to stay indoors from the excessive smoke caused by multiple fires raging in Northern California.

The Mendocino and Carr fires have been especially devastating and have created havoc with the breathable air standards and as such for many members with health issues young and old alike have necessitated remaining indoors.

The tribe would also like to thank all the fire fighters and their supporting departments for their continued commitment in trying to bring under control the multiple fires that currently are plaguing Northern California.

We feel for those that have already given the ultimate sacrifice in trying to protect our communities and to those communities most affected by this devastation.